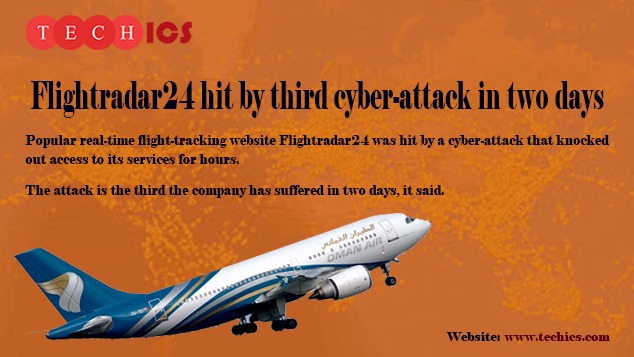 Flightradar24 hit by third cyber-attack in two days
Popular real-time flight-tracking website Flightradar24 was hit by a cyber-attack that knocked out access to its services for hours.
The attack is the third the company has suffered in two days, it said.
Early attempts to restore the site failed, with "significant instability due to the sustained attacks", it said.
It said the Distributed Denial of Service (DDoS) attack had hit "the availability of our services" but not compromised user data.
The site appeared to be improving on Tuesday, with intermittent loading errors.
The website allows users to track planes - both commercial passenger flights and private ones - in mid-air, following flight paths live.
https://www.techics.com/blog/165/flightradar24-hit-by-third-cyber-attack-in-two-days